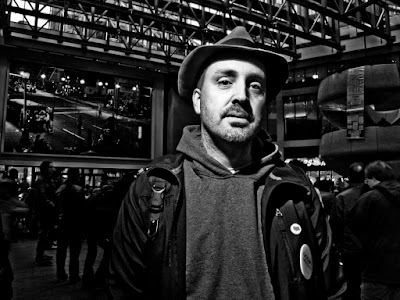 Now that the world didn’t end on December 21, I’m sort of looking forward to 2013. It will be a bit of a manic year for me: three books out with three different presses. All three are projects that have their origins in a sabbatical year in 2007/08 (I clearly had too much time on my hands), thus all three have been a considerable time coming, and just happen to be arriving at around the same time. Material from all three projects has also appeared in various issues of TCR, which is my excuse for this bit of blatant (if brief) self-promotion.

The first is a poetry collection, To the Barricades, coming out with Talon in April. It’s a continuation of what I’ve been calling “the Barricades Project,” and thus linked to Anarchive (2005) and The Commons (2008) in its focus on the social address—what Lisa Robertson (in Nilling—see below) calls “the poem’s most important gift to politics.”

The second is a “novel” (which I have to see in scare quotes to believe), to be published by BookThug in May. It’s called The Red Album and is a story and associated “documents” through which characters and authors keep changing places. A revolution occurs somewhere on the periphery, and strange transformative powers are attributed to young women.

Finally, the third book is a collaboration with Jordan Scott, DECOMP, coming in the fall from Coach House. Documenting the decomposition of copies of Darwin’s Origin of Species in a series of distinct BC ecosystems (where Jordan and I left them exposed for a calendar year), it is part prose poem, part photo essay, part meditation on what “ecopoetry” might actually be.

For now I want to take this opportunity to look back, rather than forward, and note a few of my favourite books from 2012. They are listed here in no particular order. Note that not every book has to be “political” to get my attention, but in these times of crisis, of desperation for so many, of a world that shows many signs of ending, if not by Mayan prophecy, then by the heat-death of self-annihilating capitalism, books have to be transformative in some way to entice me to spend time with them.

Donato Mancini, You Must Work Harder to Write Poetry of Excellence (BookThug)

Mancini’s book is drawing some highly critical reviews, and he has certainly put himself in the crosshairs by taking up a clearly articulated position in the long unfolding poetry wars. There’s definitely something to be said for leaving this debate behind for good, nevertheless, Mancini’s book is skilfully argued, engagingly written, and opens more doors than it closes when it comes to understanding the ideological driver of our sense of “good” vs “bad” poetry.

Part of the resurgence of thought on “communism” (the idea of communism, rather than the historical sense of actually existing “communism”). Why I love Dean: “communism names that in opposition to which our current setting is configured, the setting within which contemporary capitalism unfolds. Why is communism that name? Because it designates the sovereignty of the people, the rule of the people, and not the people as a whole or a unity but the people as the rest of us, those of us whose work, lives, and futures are expropriated, monetized, and speculated on for the financial enjoyment of the few.”

Actually published (in translation) in 2010, it seems that I discover a new mind-altering South American author every other year or so (last time around it was Bolano). Aira uses “realism” to solve problems presented by a surreal and absurd universe—in other words, he’s wonderful for thinking rational thoughts about the impossible. In this novel, an author and mad scientist solves an ancient pirate mystery before attending a literary conference where he attempts to clone the great Mexican novelist Carlos Fuentes. Need I say more? Aira is also a poet’s novelist: he thinks no novel should be longer than 100 pages. He publishes a few of them a year.

I’ve already written on Farr’s other new book, the excellent IKMQ, elsewhere. So here’s to his second fabulous book in one year, published as a pocket-sized hot pink and neon green hardcover. Means is a collection of serial poems through which we are encouraged to engage in the political act of not “filling” of empty signifiers with meaning, encouraged to follow the bizarre logic of the accumulation of late capitalist information, and encouraged, in Farr’s excellent manifesto-like “Postscript,” not “to solve the problems that capitalism needs solved,” but rather, to “joyfully render the present even more intolerable”—and thus push us to the brink of actual change.

Another book I’ve written on elsewhere, Nilling is an excellent collection of short sharp Robertson essays. There is something of a “social turn” occurring in Robertson’s thought and writing, fired by her reading of French Linguists Emile Benveniste and Henri Meschonnic, and built around the powers of the lyric social address. We are seeing the fruits of this development in her translation work, in Nilling, and in her recent editing of Revolution: a Reader (another whiz-bang book out in 2012).

An exposé of the Canadian mining industry and the conditions—legislative, legal, and otherwise—that make Canada a “haven” for the mining industry—“the Switzerland of mining” (more than 70% of global mining companies are based in Canada). The authors have been sued in the past, and publication of this translation was long held up because of legal considerations. Someone doesn’t want the truth to come out, and the sad fact is that Canadian taxpayers are lining the pockets of those “someones.”

Thanks to Amy De’Ath for this discovery. In Wagner’s poetry “The actual is / flickering”—between immersion in the sensate and gendered body (poem title: “Regarding the Use-Value and Exchange-Value of Orgasms, with a List of Orgasm Analogues”) and self-conscious addresses to the processes of art making (“Dear art surface”). The variables of equations are defined (“where art is politics”), dialogues and dramatic poses spill from wisps of poems, and the book opens, in its “Notes and Acknowledgements,” with a comparison of the “bounding line” (this from Blake) defining the art work to having a reader touch the author’s “tilted cervix.” This is smart, surprising, impossible to define work that keeps one off-kilter throughout. “Writing a poem is like reaching two prosthetic limbs out as far as you can on either side to grab something in front of you. You can’t grab it but maybe you’ll take flight.”