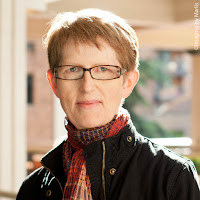 Meredith Quartermain's essay "T'ang's Bathtub: Innovative Work by Four Canadian Poets" was named best essay in Canadian Literature 2012. Vancouver Walking won the BC Book Award for Poetry in 2006, and Nightmarker was a finalist for the 2009 Vancouver Book Award. Matter came out in 2008. Recipes from the Red Planet was longlisted for a 2011 ReLit Award in Short Fiction and was a finalist for the 2011 BC Book Award for Fiction. Meredith's work has appeared in magazines across Canada including The Walrus, Canadian Literature, the Literary Review of Canada, Matrix, The Capilano Review, West Coast Line, filling Station, Prism International, and other magazines. She taught English Literature and Composition at UBC and Capilano College, and has enjoyed leading workshops at the Naropa Summer Writing Program, the Kootenay School of Writing, and the Toronto New School of Writing. In 2002, she and Peter Quartermain founded Nomados Literary Publishers, through which they've published more than 35 books of innovative writing. Meredith was the 2012 Writer in Residence at the Vancouver Public Library. Her first novel Rupert’s Land: a novel was published by NeWest Press in 2013.