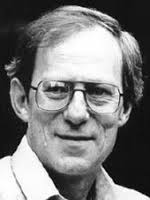 Born in Eldoret, Kenya in 1938, Bill Schermbrucker graduated from the University of Cape Town. He taught at Delamere High School and Prince of Wales School in Nairobi and Alliance High School in Kikuyu before immigrating to Canada, where he obtained a Ph.D. from the University of British Columbia. He was a founding member of Capilano College, North Vancouver, retiring in 2004 to live on Saturna Island, where he continues life as a writer.

Bill's fictionalized memoir about his mother in Africa, Mimosa (Talonbooks, 1987), won the Ethel Wilson Fiction Prize in 1988. He is currently finishing up a companion memoir about his father.

Mimosa was preceded by Chameleon and Other Stories (Talonbooks, 1983), also about his upbringing in Kenya. A third autobiographical novel, Motortherapy (Talonbooks), appeared in 1993. As an English instructor at Capilano College since its founding, Bill published The Aims and Strategies of Good Writing and he edited The Capilano Review for many years.